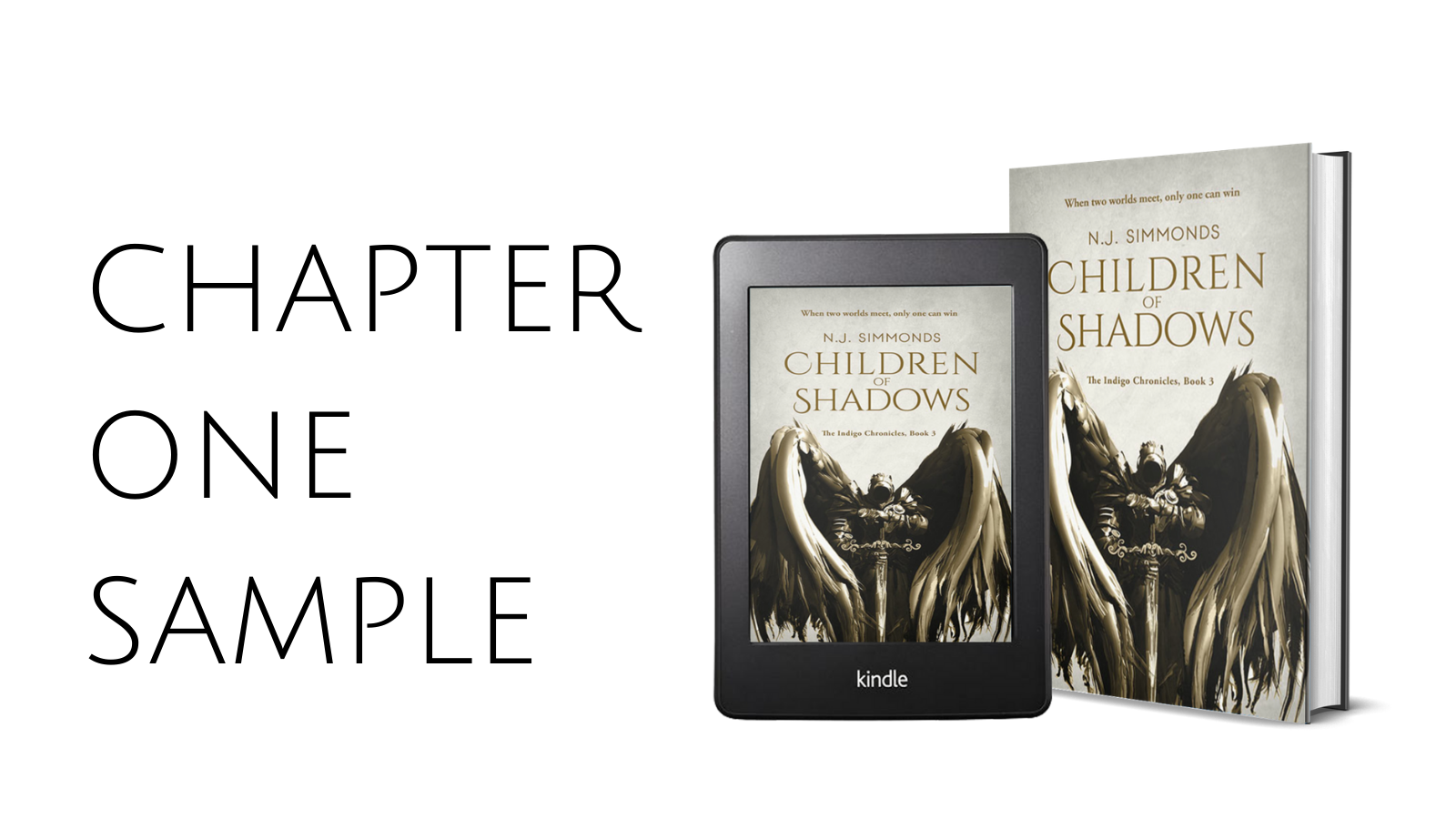 BEFORE THE BEGINNING
19 BC—FIESOLE, ITALY

Life wasn’t always easy, but it was simple. If you wanted it to be.

Luci could have settled anywhere in the world to raise her boy, but she chose Fiesole. The small Italian town perched on the edge of a Tuscan hillside was a vibrant mix of tranquillity and opportunity. Quiet enough that she was left alone, but busy enough that she never felt bored.

With one hand she hoisted her son onto her hip, and with the other picked up her basket full of fruit, wine, and grain. The ears of wheat tickled her back as she balanced it on the crook of her arm.

‘You’re getting heavy, Zadkiel,’ she said to the boy.

She was wearing a white silk dress gathered over one shoulder and tied in the middle with a gold-coloured sash. It was a little extravagant for the market, but the opinion of others was the least of Luci’s problems.

Zadkiel hooked his legs around his mother’s waist to stop himself from slipping down her body. He giggled as she rubbed her nose into the crease of his sweaty neck and blew a raspberry.

‘Never. You weren’t made to walk, my angel.’ Luci smiled, spinning him around. ‘You were made to fly.’

The boy laughed, wrapping his skinny arms tightly around her neck.

‘Oh, the flowers have gone,’ he cried.

Every morning his mother plaited her thick dark hair into elaborate twists, and Zadkiel would carefully thread wild blooms through it. Her hair had come lose in the heat of the day and was now hanging thick around her shoulders.

A jasmine plant grew over a low wall at the entrance to their home. Luci plucked a sprig and handed it to her son.

‘They look like tiny feathers,’ the boy said, pulling each delicate flower off its stem and pushing them into his mother’s hair. Luci smiled at the word ‘feathers.’ The boy knew nothing of who he was, or the power that surged through his veins. He would know soon enough—but not yet. Not until he was a man.

Their cottage was on the outskirts of the town just over the city wall, nestled in the woods beside a stream. It had taken Luci years to tend the land, to push rocks into the soil to form a path and to collect enough pots and fabric to make the little house a home. Her home. The first one she’d ever lived in.

At night she would curl herself around her son, fitting him between her knees and chest as if he’d never left her womb. If anyone were to watch them sleeping, they wouldn’t be able to see the boy protected in his mother’s embrace—and that’s all Luci wanted, that no one but her could get near her son. As long as Zadkiel was with her, he was safe. As long as he thought he was the same as the other dusty boys that ran around the town square playing tag on market day, as long as he remained normal, Luci would be safe too.

‘I’m hungry,’ Zadkiel said, flopping his damp head against his mother’s shoulder. She planted a kiss on his sticky forehead.

‘I will make your favourite soup tonight.’

The sun beat down on them, the brown grasses scratching her ankles as she made her way to their front door. She waved at a shepherd she sometimes saw heading up the dirt track, an old man who walked his goats the same route each month, but few knew who she was. What she was. The villagers described her as a mother who’d lost her husband to a war, or an illness, or perhaps another woman. As far as they knew she had come from the north looking for work. She made her money as a healer and a midwife—she had magic hands, they said. Half the town feared her for this, the other half sought her out. Luci was good with those who suffered, and she was good with new life. But beyond that, nobody bothered her.

It was cool inside the cottage. Zadkiel immediately perked up and ran off to play with the clay dolls his mother had made him. Luci smiled and hummed as she unpacked her basket, shelling peas into a pot and chopping up onions. All was silent save for the birds making their way to their nests, circling the darkening sky like tiny specks of black against a white canvas.

‘The great Lucifer? Cooking?’ came a low voice from the doorway.

She’d sensed Gabriel’s presence before he’d spoken, but her stomach still twisted at the sound of his voice. The archangel hadn’t appeared to her since she’d fallen pregnant. She didn’t turn around. Let him come to her.

He laughed, a booming sound so loud it made Zadkiel run in from the other room. The boy’s eyes grew wide at the sight of the strange man in his house and he ran off again.

‘So that’s your boy? The reason why you won’t come Home?’

Gabriel stepped into the kitchen, creating a shadow over the herbs Luci was chopping.

She turned around, finding herself face to face with one of her closest friends.

‘My goodness. Motherhood suits you,’ Gabriel said, taking in her flushed cheeks and bright eyes. He picked a flower from her hair, smelled it, and placed it back. Luci shivered at his touch.

‘Did Mikhael send you?’

Gabriel didn’t know who Zadkiel’s father was. No one did. When the realm had discovered that the almighty Lucifer had not only found herself pregnant, but that she refused to return Home, there had been much uproar. They presumed Mikhael’s special compensation had been because Luci, like him, was one of the original archangels. That he was protecting her out of kindness. He agreed to give her six years to play at being human, to mother a Nephilim child, and then she would leave the child behind and get on with her job.

Gabriel, though, was none the wiser.

‘Come Home,’ he said, tucking a stray lock of hair behind her ear. ‘Mikhael’s angry at your defiance. He’s even threatening to pass “judgement” on you, to cut off your wings for disobedience. I think he means it.’

Luci’s eyes flickered over to the doorway, but Zadkiel still had his back to them playing with his clay figures.

‘It’s why I’m here,’ Gabriel added, threading his fingers through hers.

He smiled, his eyes glowing a bright jade in the gloom of the evening light. ‘Of course. It’s what I do best.’

Luci bit her lips together. She wasn’t going Home. She wasn’t leaving her son. Gabriel’s fingers stroked hers, his face full of nothing but kindness. How different he was to the man she’d chosen to father her child. Often, she’d wondered what would have happened had she convinced Gabriel to give her a baby instead, to feel his arms around her, his lips on hers—but the truth was a simple one. Angels laying with angels was the one forbidden rule in the realm, and they’d both be dead right now at the hands of Mikhael’s sword. The only way Luci had been able to conceive was via another archangel, and for the baby to survive the child had to belong to the one who made the rules. Mikhael.

He’d clearly kept what they’d done to himself, though. Probably telling the realm the child’s father was a shepherd or a passing trader.

‘I’m staying,’ she said to Gabriel.

A flash of pain passed over his features, so fast she nearly missed it.

‘He will come for you. He’s telling everyone you’ve gone crazy.’

‘I have gone crazy.’ Luci laughed. ‘Crazy in love with my boy. Crazy to imagine a life without Zadkiel.’ She stroked the archangel’s cheek and he closed his eyes. ‘Crazy to ever leave him,’ she whispered. ‘I’m staying.’

Gabriel covered her hand with his and brought it to his lips. Then with a slow nod he was gone.

‘Zadkiel!’ Luci ran to the next room and gathered her son in her arms. ‘You need to go.’