Why Can’t Female Protagonists be Lovable Aholes Too? 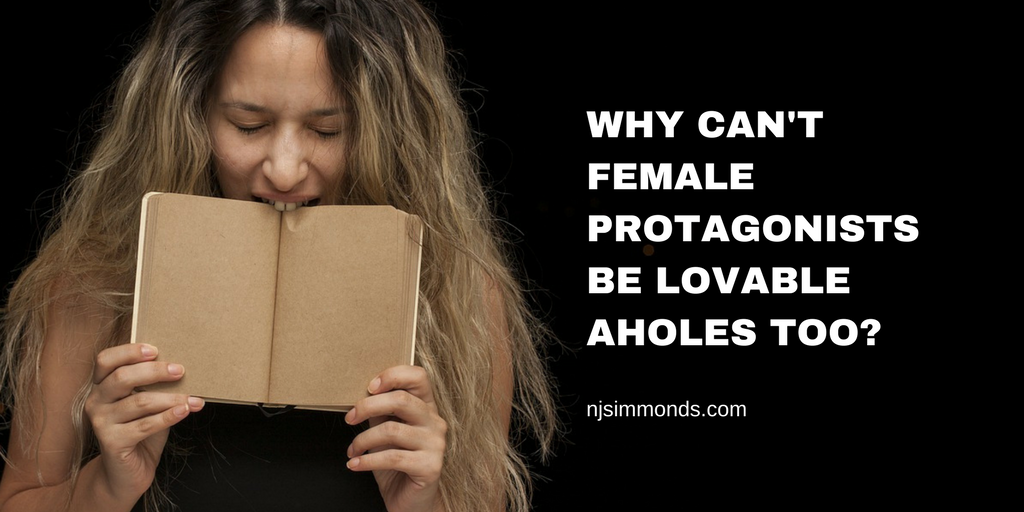 I’ve got a question for you. What makes a great female protagonist?

A strong and fearless role model? A sweet and caring girl? Somebody who treats everyone around her with love, respect and humility? Well…they sound like pretty good traits for a human, full stop. But what about the leading men in our lives – what makes a swoon-worthy male protagonist?

Well, if popular literature is anything to go by, none of the above.

It’s a strange dichotomy we have here when it comes to painting characters in books – everyone loves a bastard but no one likes a woman who isn’t nice. How do I know? Because Ella, the main character in my ‘The Path Keeper’ series, isn’t your usual female lead and people are very confused about her. She annoys some of my readers apparently, but they still find themselves caring about her…how very strange.

Even though in real life women are a confusing jumble of every archetype available, apparently in books we need them to either be strong and fearless, and therefore not swayed by love of the sexy kind (thank you, Katniss Everdeen), flawed but still loveable because she’s such a mess (thank you, Bridget Jones) or just plain lovely (thank you, every single female romance novel protagonist).

But what about the characters that like a drink, enjoy sex, swear sometimes, shoot their mouth off without thinking and aren’t particularly nice to everyone all the time because they are a little bit selfish and have a fucked up past and they genuinely don’t care what you think? Well, unless they are men, then readers expect these characters to be either the unsavoury female lead or the ones that have to learn a lesson. You know, so that they can eventually go back to being that nice girl that deserves the love interest.

But wait! Nearly every woman I know is like these women and they are still loveable and caring and fun and wonderful people. They aren’t bitches, they are just…well…being normal. I don’t understand.

Let’s back up a minute and take a look at the men in literature instead. What about the protagonists that we really shouldn’t like. But do.

Christian Grey
Why do we like him? Surely not only for his good looks, limitless money and private helicopter? Oh no, us women are far too intelligent and equalitarian for that malarkey. Maybe it’s his ‘Red Room of Pain’ (honestly, not something you bring up on a first date, Chris) and his shining array of butt plugs, whips and things that he likes to insert into female orifices for his own amusement? Or is it because he uses his money, power and influence to decide what a woman eats, wears, drives, does and even what birth control she chooses? Especially if she’s an innocent virgin that wants to save him (pick me, pick me, I’ll do anything). Strange. I didn’t realise us women all secretly wanted to be hit by a rich man that judges what jumper we wear.

But it’s ok to love Christian.

Heathcliff
Oh be still my beating heart (I’m talking to Tom Hardy in the TV adaption of ‘Wuthering Heights’, with his long hair blowing in the northern wind and a scowl that would turn a blue sky grey). Let’s take a look at Heathcliff. He’s rude, possessive, jealous, controlling, abusive, violent, aggressive and a bit of an all-round dickhead. Would we want our daughter to marry him? No. Would we want him to sling us over the back of his horse and do all manner of naughty things to us in the middle of the moors? Apparently. I didn’t realise that us women all secretly wanted to be controlled by an ill-mannered man who was more interested in owning us than asking what we fancy doing on the weekend.

But it’s ok to love Heathcliff.

The Beast
Oh Belle. So beautiful and clever and courageous. Such a caring and loving daughter who doesn’t care about the village hotty, she just wants an easy life reading books and swanning about the village dreaming of adventure. Then some crazed possessed animal imprisons her father and, when she goes to rescue him, keeps her captive instead for his own gains. But we love the beast. He’s cruel, aggressive, stubborn, violent and rules his castle with an iron fist…do his servants not quake in fear and tell her not to rock the boat? But kind and caring Belle stays, because it’s ok that he’s treating her like shit. Beneath all that fur and fangs she sees a kind and tortured soul. She can save him because she’s good and pure, and can teach him how to eat soup properly and…whoah, nice library. It’s all going to be great. I didn’t realise that us women all secretly wanted to be imprisoned by a huge, overbearing beast of a man who will treat our family terribly, as long as there was a chance that we could save him from himself (and he may secretly be a rich handsome prince).

But it’s ok to love the Beast.

And you know why it’s ok to love these bastards, if much-loved literature in anything to go by? Because they are ‘lovable rogues’.

According to the dictionary “A lovable rogue is a literary trope in the form of a character, often from a dysfunctional or working-class upbringing, who tends to recklessly defy norms and social conventions but who still evokes empathy from the audience or other characters.” 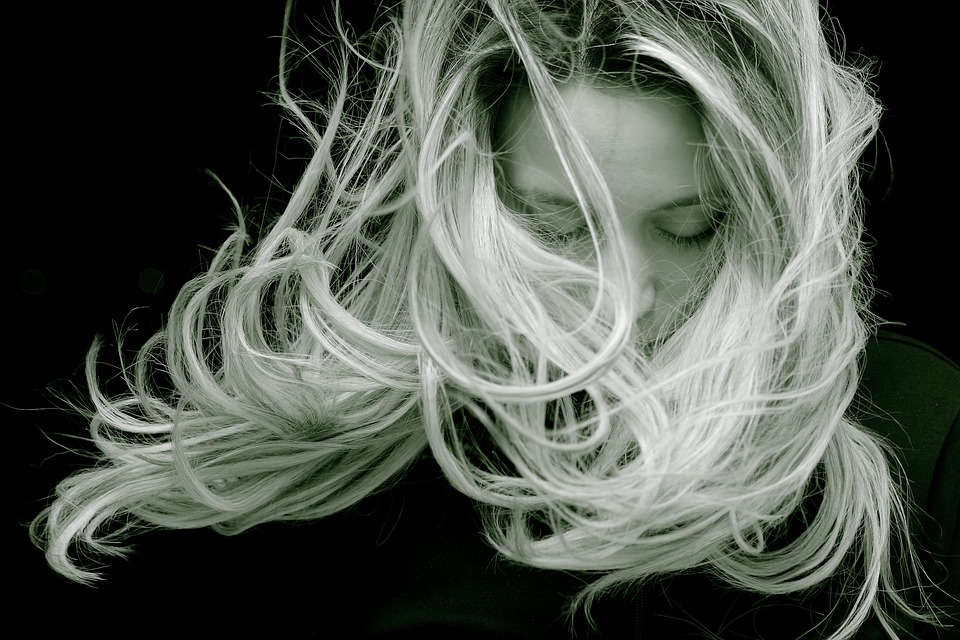 Oh wait up, but that’s Ella. She’s had a shit-tonne of crap happen to her in the past. She’s a good person that makes bad decisions, she’s a fiercely loving woman who doesn’t think before she speaks, she’s a strong defiant girl who knows what she wants – even if it’s not in everyone’s best interest. How come she’s not allowed to be a ‘lovable rogue’?

Is it because these traits are too masculine to make readers empathise with her? Does she not deserve to be loved by someone who accepts that she’s a bit of an ahole sometimes? Isn’t she all of us and our mixed up emotions, asking a man to prove that his love goes beyond valuing us on the characteristics that would make us wonderful mothers or compliant wives?

Sadly I have come to the conclusion that a female lead not conforming to expectations of what makes a woman ‘worthy of love’ is preventing romance readers from wanting a female protagonist to be happy. Why else are strident female characters who don’t care what people think often vilified or forced to be ‘rescued’?

I know I’m not alone in my reasoning…

I had the same conversation with novelist Zen Cho (author of Sorcerer to the Crown) when we were both on a ‘Gender in Genre’ panel at the Dutch ComicCon earlier this year. She was saying how her female lead is also ‘a bit of a dick’. We asked the audience why it wasn’t ok for women in novels to be a bit of an arsehole, but it was for men. They looked at us blankly and shrugged.

It appears that the general consensus is that it’s not okay for a woman to be flawed without her flaws being the centre of the plot, and the stronger male hero rescuing her from her depravity. Zac loves Ella, he doesn’t give a toss if she treats him badly sometimes because…well…PEOPLE DO THAT SOMETIMES. And I can’t guarantee she’ll stop being such a knob moving forward either, because I’m not out to tell the world that women aren’t allowed to be anything but sweet and understanding given certain circumstances. Men are allowed, right? I mean for fuck’s sake – Christian beat Anastasia until her backside bled, the Beast threw Belle in prison and Heathcliff ruined Cathy’s life…but no one judges them. Oh no, they’re sexy bad boys, you gotta love those cheeky lovable rogues!

So let’s write about real women, and let’s stop teaching our book-loving daughters that bastards can be changed by the love of a good woman (please, oh please, abuse me until you realise that I’m the true love that will save you from your dark side). And if people don’t want to do that, then let’s start allowing women to be ‘a bit of a dick’ sometimes too.

Next time you find it hard to connect with a female character ask yourself this. Am I genuinely not liking them because I can’t empathise with them? Or is it that I have been conditioned all my life to believe that we should make exceptions for difficult men but women have to remain vulnerable, gentle and kind at all times to be worthy of a man’s love?

Have a think…you may just be surprised.